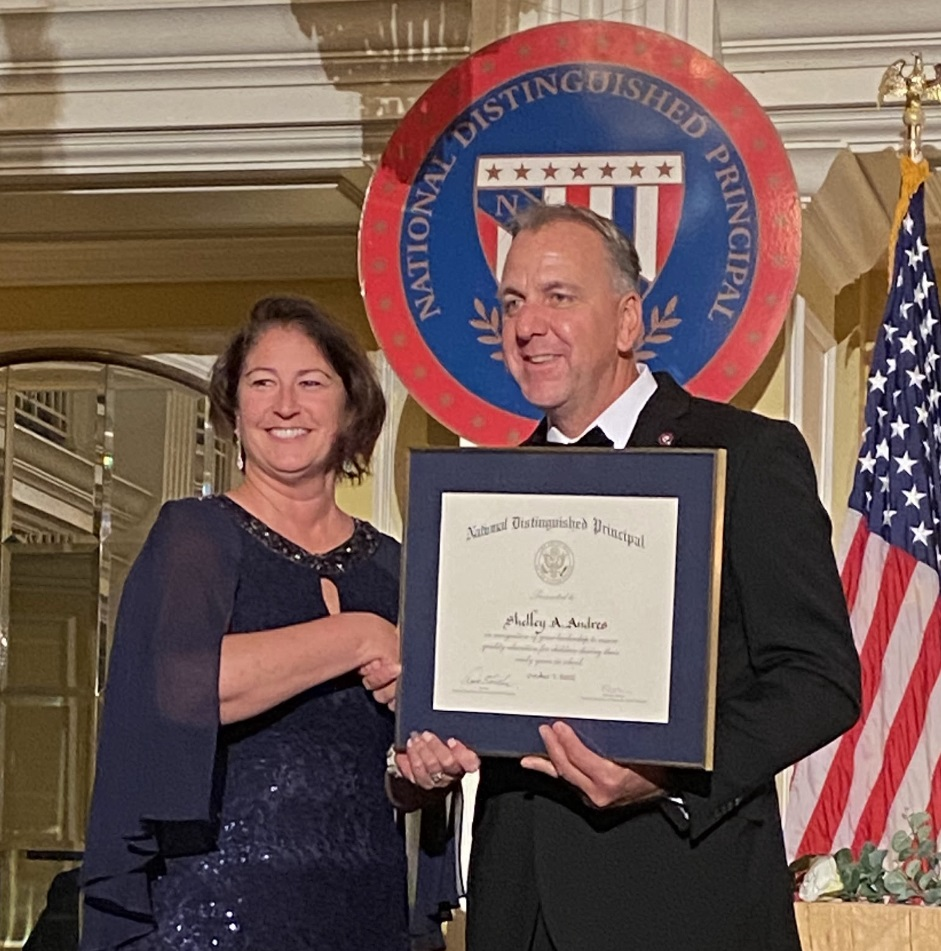 Bonner School is so very proud of our Principal, Shelley Andres, who traveled to Washington D.C. this month, representing our whole state as Montana’s National Distinguished Principal (NDP).  Shelley had been recognized as Montana’s NDP earlier this spring, so in early October, she attended several days of events in D.C.  celebrating and recognizing the leadership of principals from across the United States.

This national-level recognition of Mrs. Andres is richly deserved.  Bonner School’s positive and welcoming culture reflects the way Mrs. Andres leads with kindness, generosity, and a tireless work ethic.  She is always looking for ways to support student success and growth.  Our Transitional Kindergarten program (in its third year now) was initiated by Mrs. Andres’ leadership and it is making a huge difference in early childhood social and academic gains.  Bonner School’s greatest strength is the fine people who work and serve on behalf of Bonner students, and over her seven years here, Mrs. Andres has developed a superb team of educators dedicated to teaching excellence.

So all of us at Bonner School are grateful for Shelley’s leadership, and Montana can be most proud to have her representing our state at the national level.

I asked Mrs. Andres to share some of the highlights from her experience in Washington last week:

I am so thankful for this amazing opportunity.  It is such an honor to represent Bonner School, The State of Montana, and my family in Washington DC as the 2022 NDP.  There were many amazing parts of the trip but three of the highlights were the Willard Hotel, the visit to the Department of State, and the Bell Ceremony. 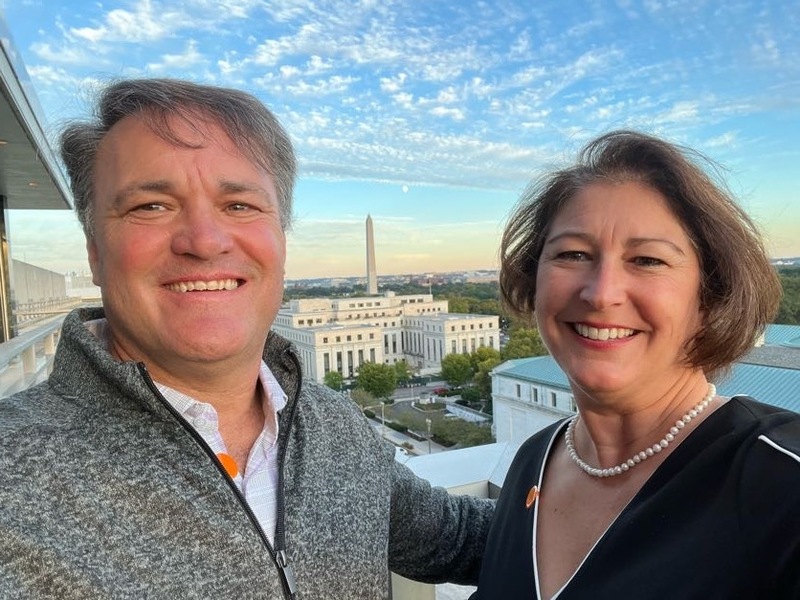 We stayed at 1401 Pennsylvania Avenue at the beautiful and historic Willard Hotel. A section of the current Willard hotel was founded by Henry Willard in 1847.  It is only two blocks away from The White House!  The Willard is it is also known as “the residence of the presidents,” because every U.S. President since Franklin Pierce, our 14th president, has either stayed or attended an event at The Willard!

An evening of our celebration was held in The Ben Franklin State Rooms in the Department of State, this area is not open to the public because it has some of our Nations’ most precious artifacts.  There were no barriers between us and these artifacts.  Some of the artifacts on display were the original portrait of George Washington that the dollar bill was made from, a collection of silver that belonged to Paul Revere, and Thomas Jefferson’s desk where he wrote the Declaration of Independence. 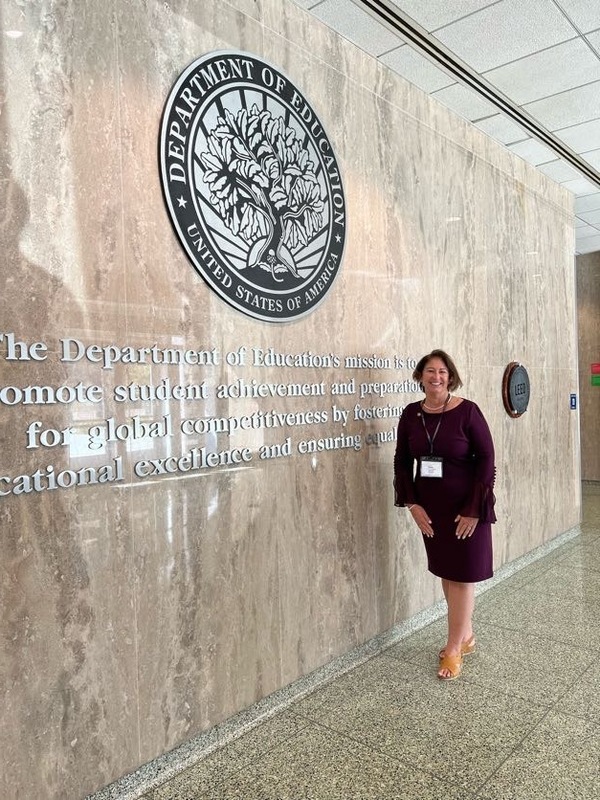 One of the most meaningful parts of the NDP ceremony was the Bell Ceremony. I received a beautifully engraved bell and during the ceremony, we were instructed to ring the bell to honor children. Every time I look at this Bell I am reminded of the honor that is mine to serve the students at Bonner School.  I am truly blessed to be The Proud Principal of Bonner School. 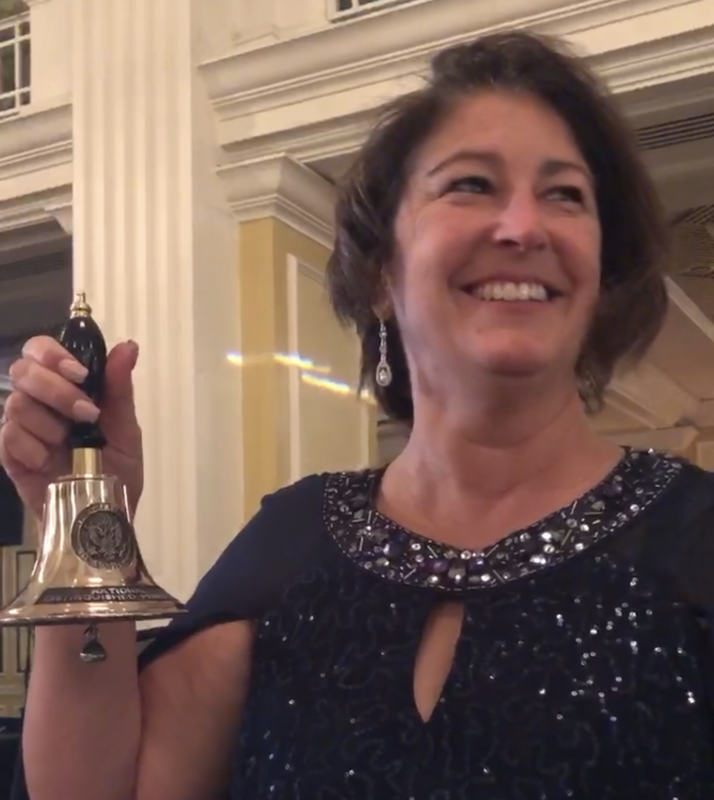